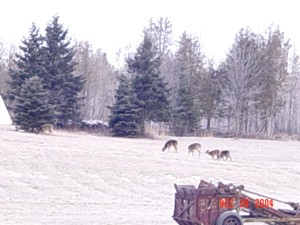 Merrill is a member of the Southern Aroostook Community School District. Six towns make up CSD#9 or SACS. Southern Aroostook Community School, K through 12 and is housed under one roof. SACS has graduated some outstanding students and athletes. SACS alumni roster includes doctors, lawyers, nuclear physicists, psychiatrists, pharmacists, accountants, cosmetologists, teachers, social workers, carpenters, plumbers, electricians, painters, writers, aeronautical engineers, electrical engineers and pilots, to name a few. Southern Aroostook graduates are prepared to begin the quest for a higher education in any given field. SACS is also home to the famous Murray Putnam Baseball Field and is home of the Warriors Baseball, Basketball and Soccer. The drama department at SACS is also very successful – filling the house each time the curtain rises. We are less than ½ hour from the Greater Houlton Christian Academy and the Higher Education Center in Houlton. SACS is also a part of SAVE or Southern Aroostook Vocational Education. Trophy cases at Southern Aroostook Community School are overflowing with trophies and awards. SACS students, past and present do very well in all types of competition – academic, speaking, theatrical, athletic, and vocational.

Merrill 'Plantation' got its' name from an adventurer of the high seas. In 1840, Captain William Merrill of Portland bought a piece of land west of the East Branch of the Mattawamkeag River. He built the first non-traditional 'frame' structures in the area. He and his sons occupied the land, raising crops for their families and animals, for 10 years. The original homestead still stands and has been continuously occupied since Capt. Merrill built it in 1844. The old homestead, after one hundred sixty years, stands straight and proud. The hinges on the doors of Capt. Merrill's large barn came from the British brig"Boxer," which was captured off Portland on Sept. 5, 1813. Capt. Merrill purchased the remains of the brig and he brought many of its' iron articles' to his new home.

The town of Merrill is still populated with people who possess the same work ethic, spirit of adventure and Yankee ingenuity as Capt. Merrill. In the early days of Merrill, farming was necessary for survival; the early settlers had to provide or make do for their own needs. The "Can Do" spirit is very much alive in Merrill residents to this day. 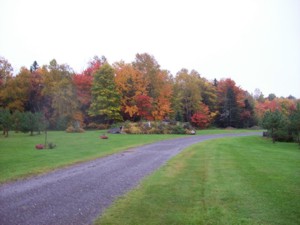 Lumbering soon became the main source of the economy and the highway to the market was the rivers. Men and boys spent the winter months living in the lumber camps, coming out in the spring when the logs were driven down the swollen, raging rivers – extremely dangerous and exhausting work. As more settlers came to Merrill, a few acres at a time were cleared for farming. The farmers were self- sufficient well into the 1900's. Noticing that potatoes grew well in the soil of Merrill, the early settlers began growing potatoes to sell. Starch factories became a common site in Aroostook County, including one in Smyrna providing a market for the potatoes. Farmers began shipping potatoes by rail when the railroad came though in the neighboring town of Smyrna in 1894. The early residents of Merrill became quite prosperous with income generated from farming and lumbering. With new prosperity, the settlers began building stately homes and magnificent sets of farm buildings. Though many of the early buildings were lost to fire, some of them are still standing.

Township VI, Range IV became the Plantation of Merrill June 01, 1876 and was incorporated as the town of Merrill in 1911.